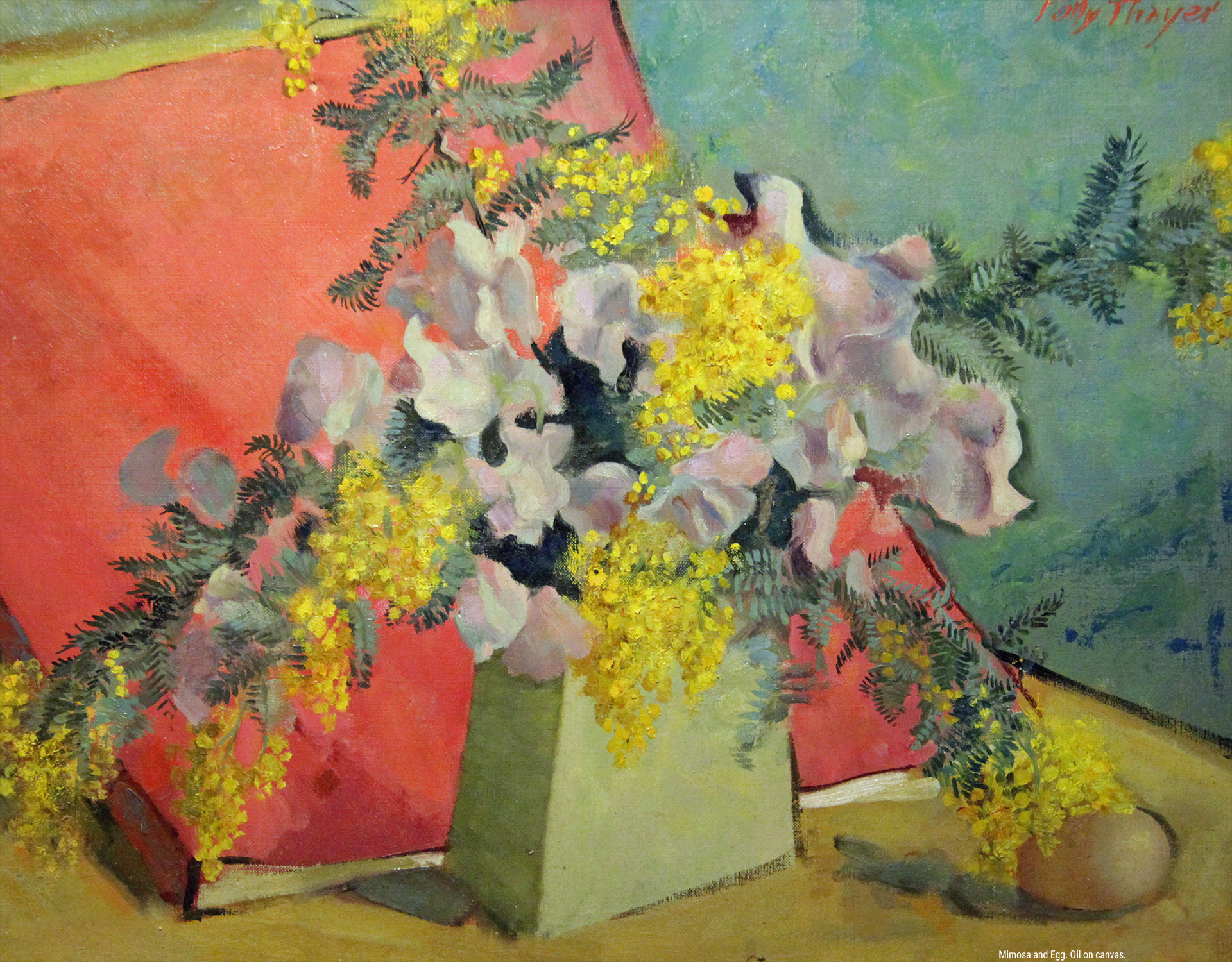 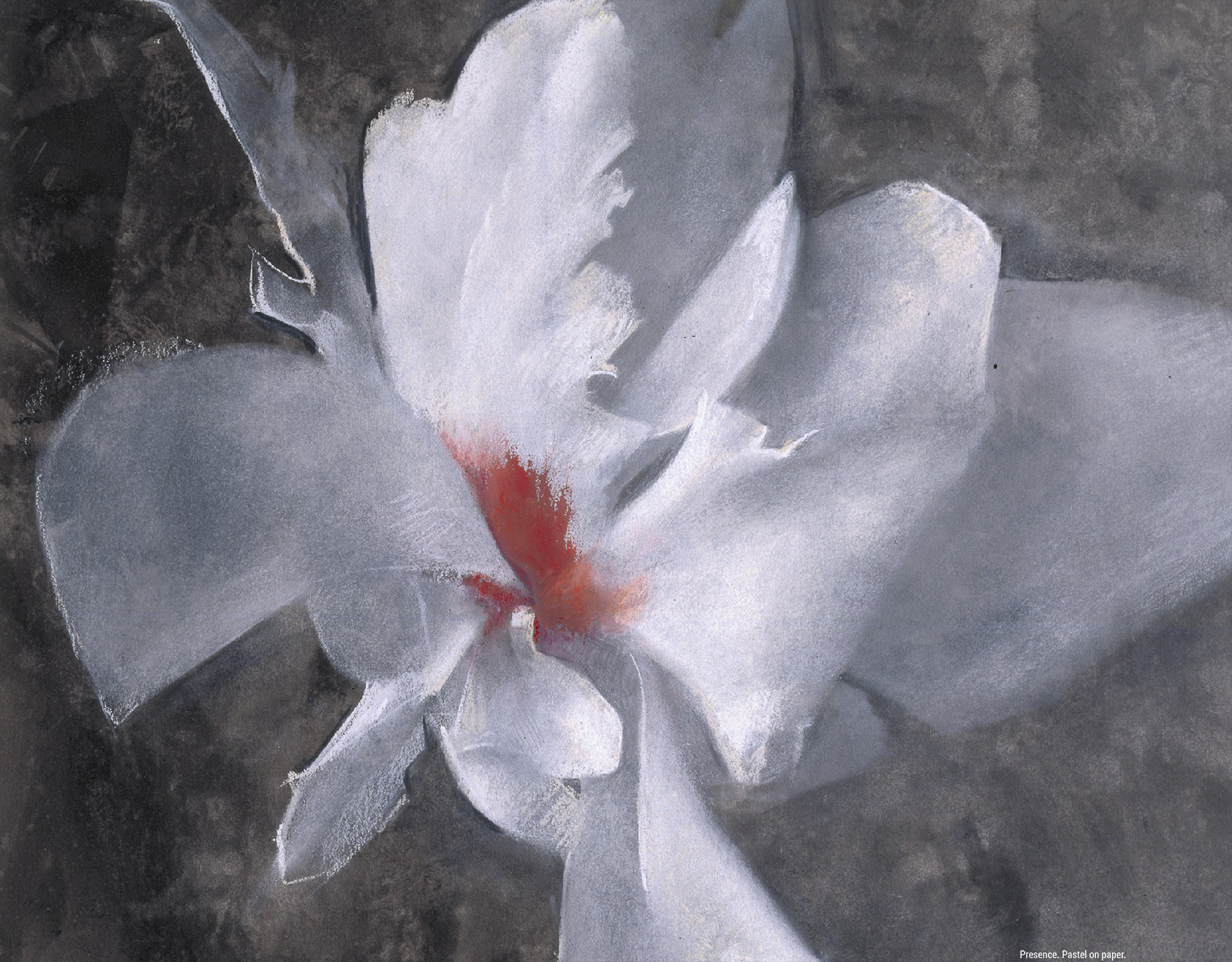 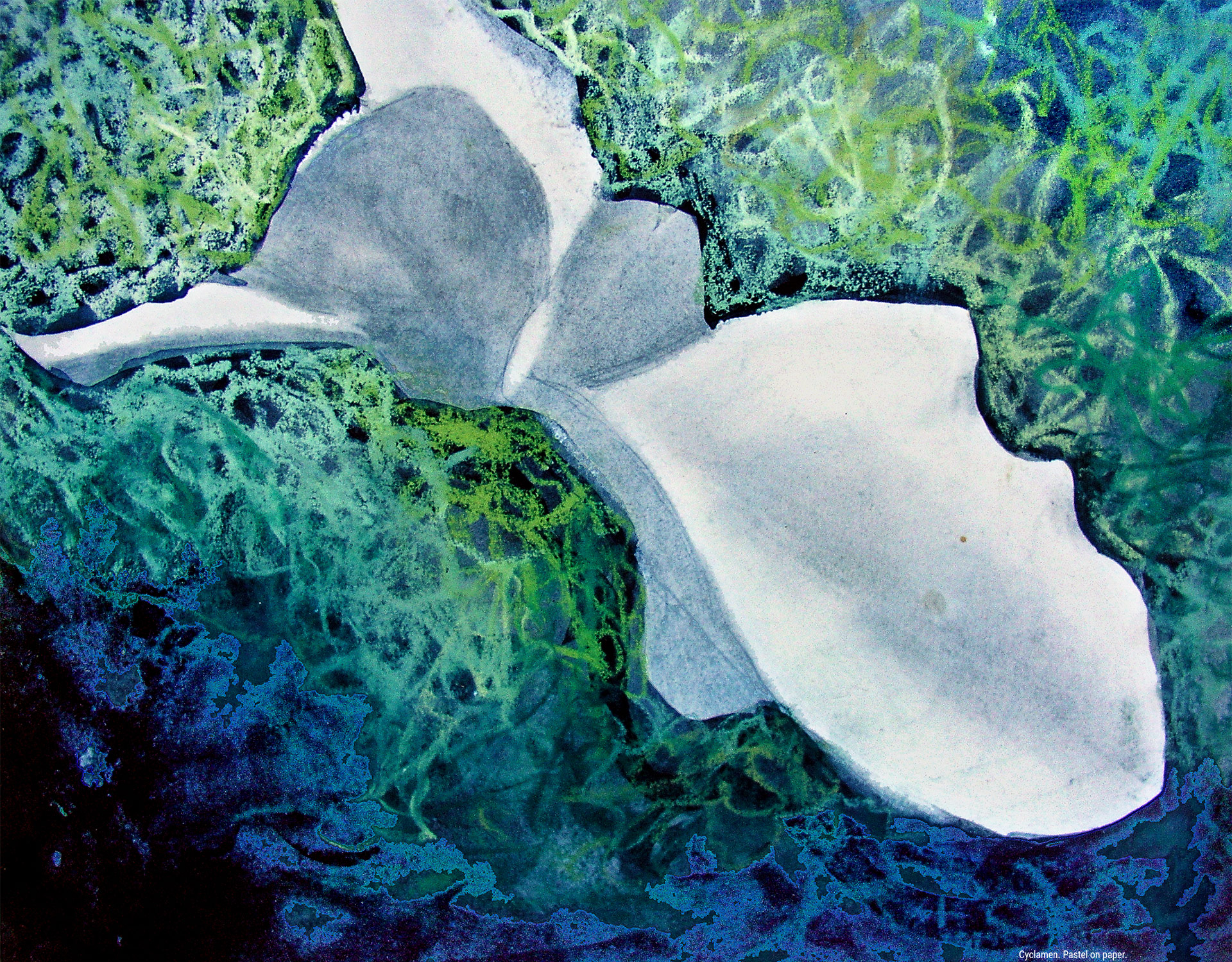 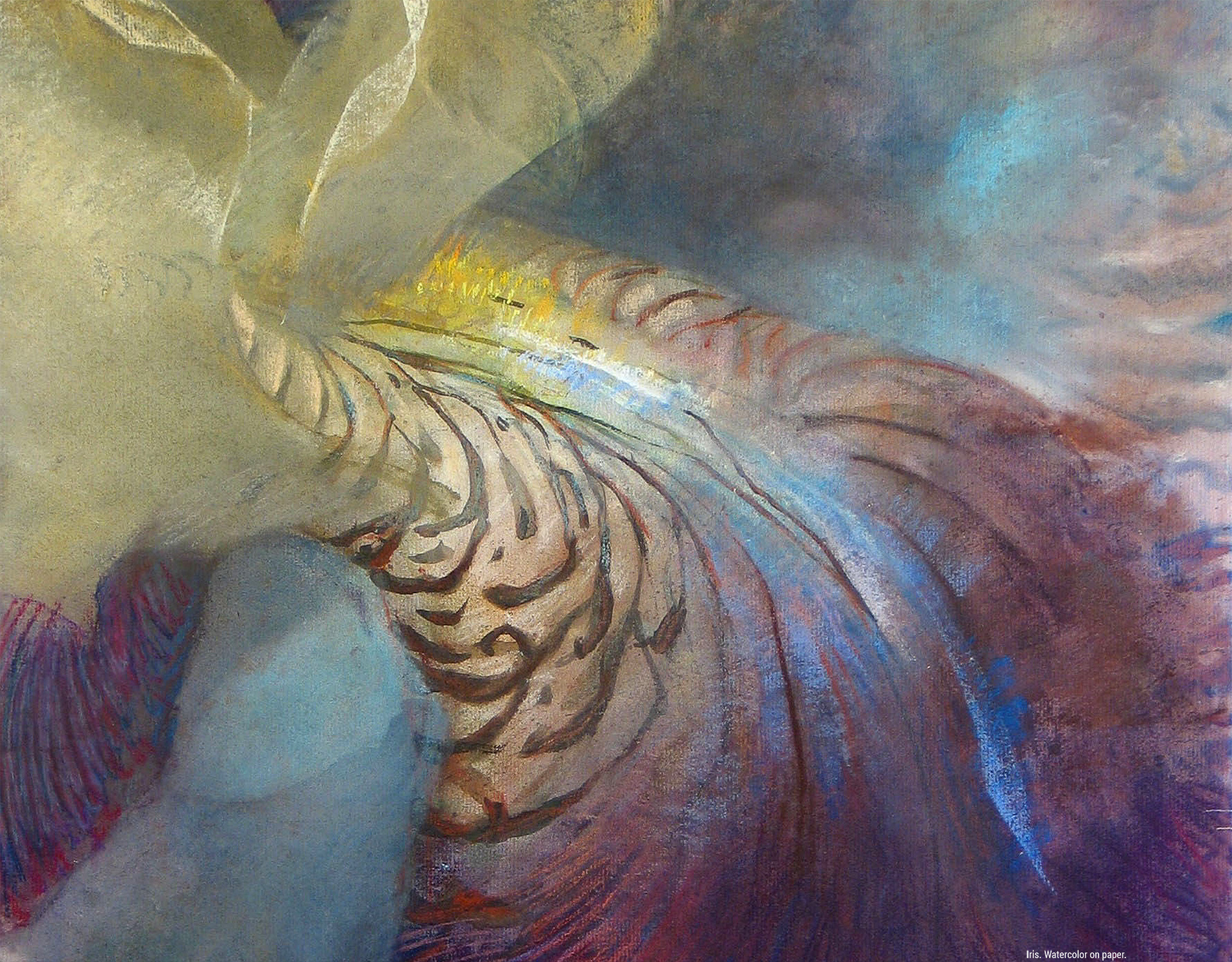 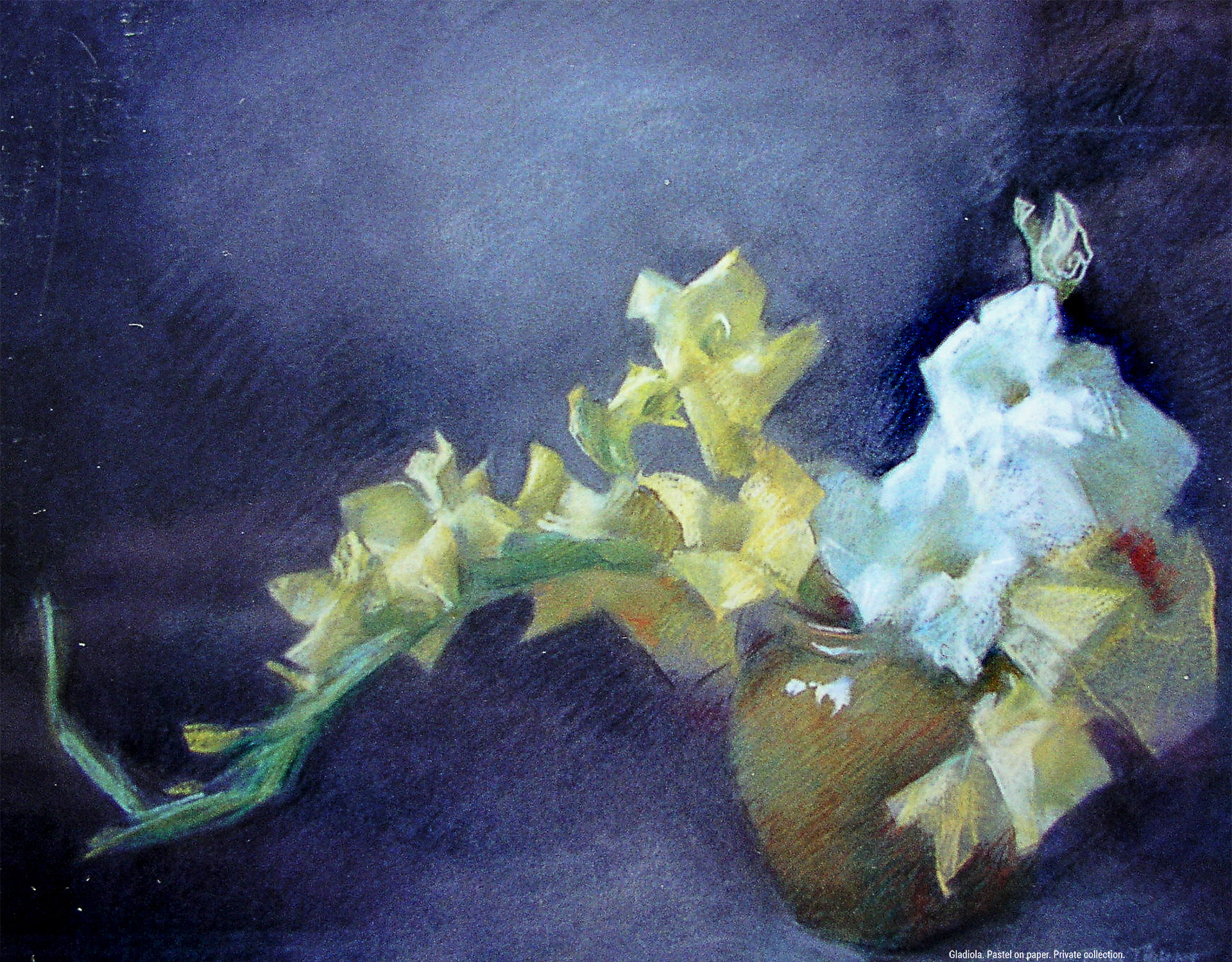 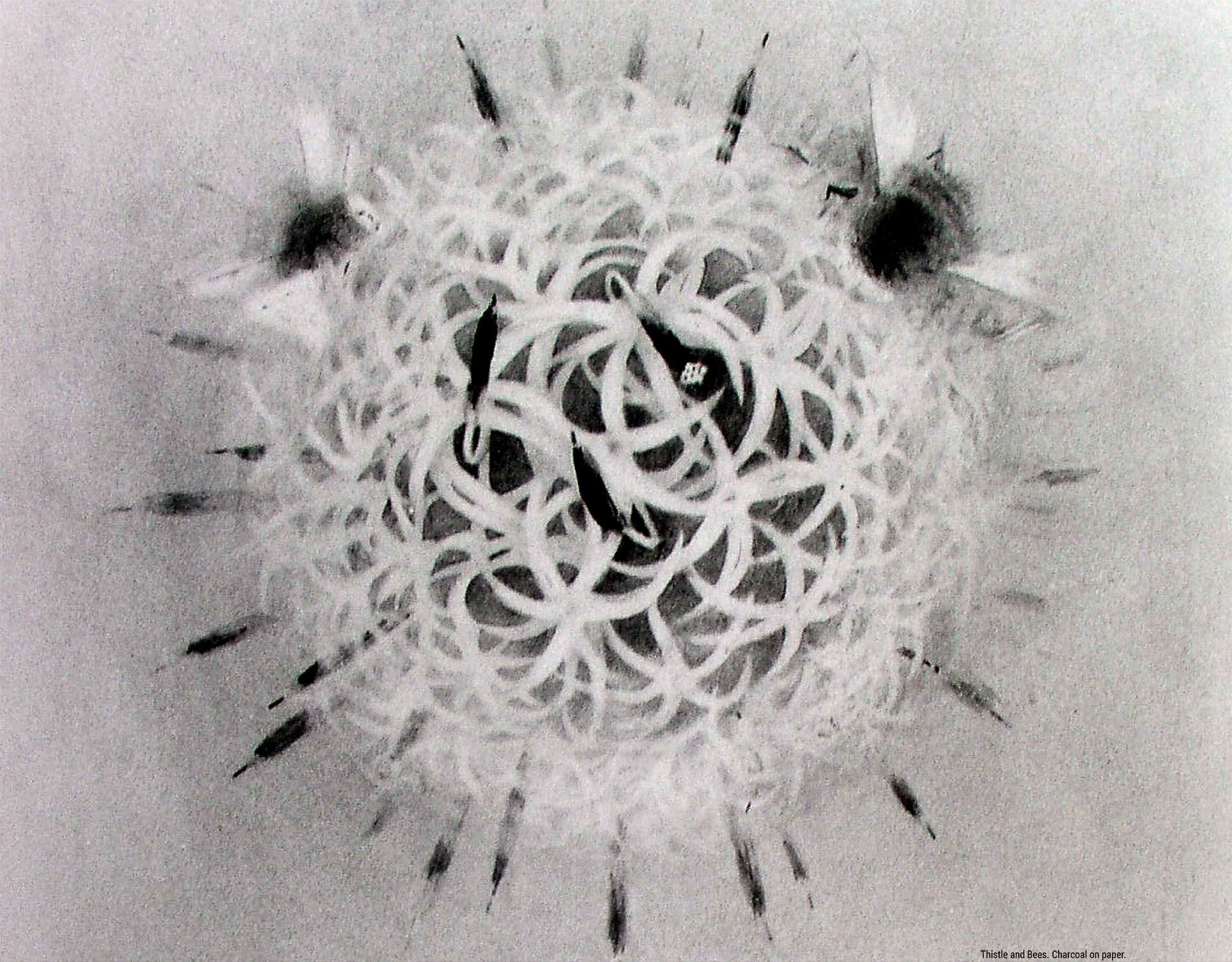 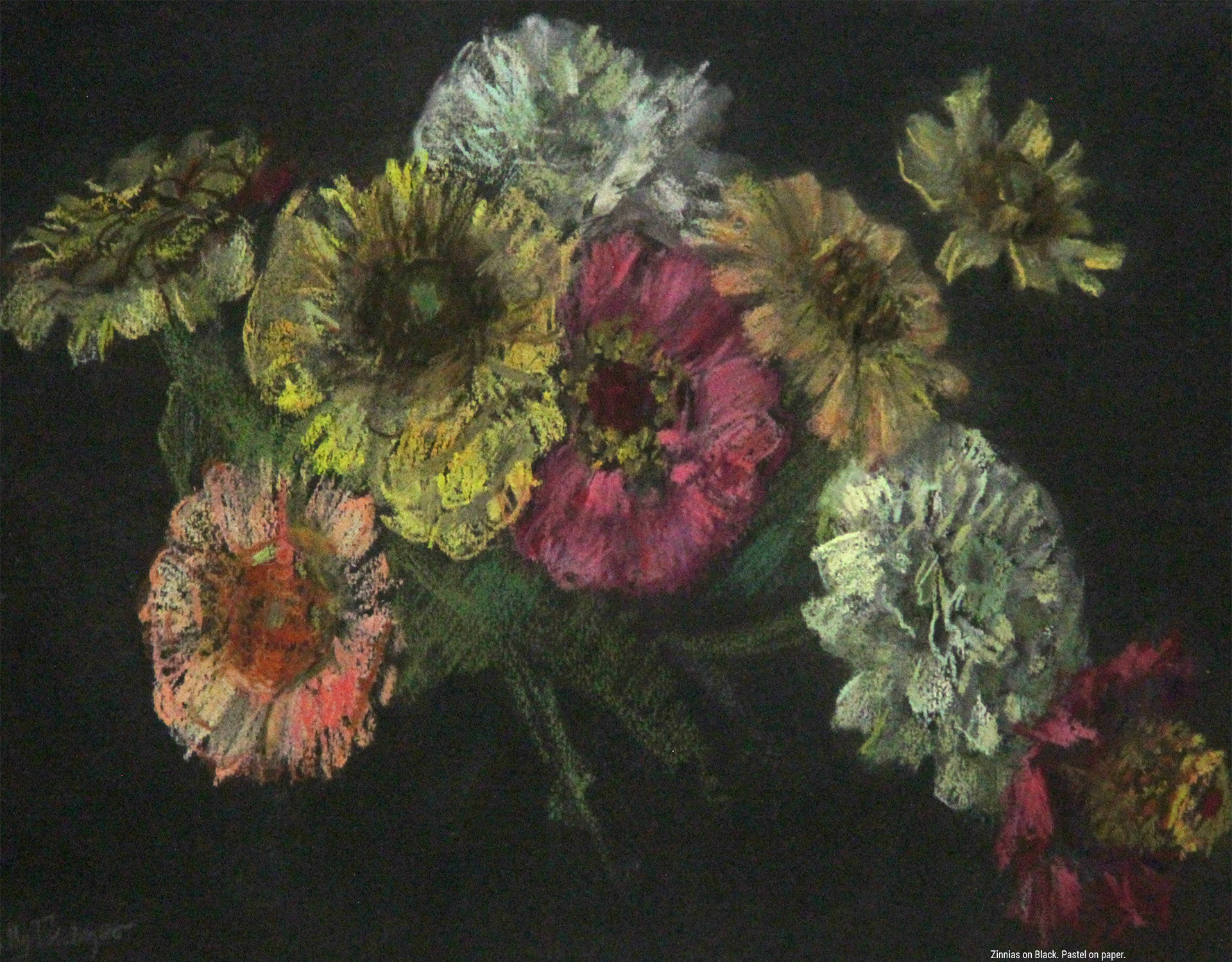 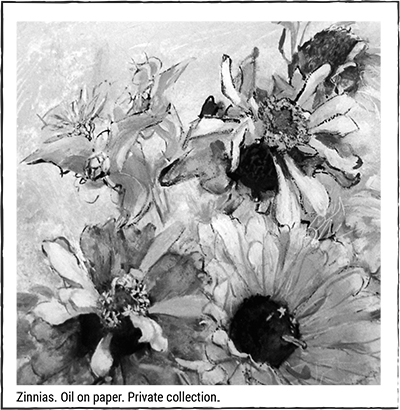 Polly Thayer Starr’s treatment of flowers was both tender and monumental, and included close examination, multiple experiments in perspective, and keen perception. Starr reveled in the irises and zinnias of her mother’s garden in Hingham, Massachusetts. Her early graphite and charcoal drawings gave way to rich pastels of white gladiolas. She examined tiny pea flowerets under her jeweler’s loupe. Some flowers were fully formed and lavish, while others were abstract in lines and planes. They share a manifestation of light and fleeting, miraculous essences. At the age of 87, Thayer undertook one of the most precise and poetic projects of her career, a sequence of pencil drawings depicting the life cycle of the thistle. In more than two dozen pieces, all drawn directly from nature, no shadow falls between vision and reality: they are equally literal and metaphysical. 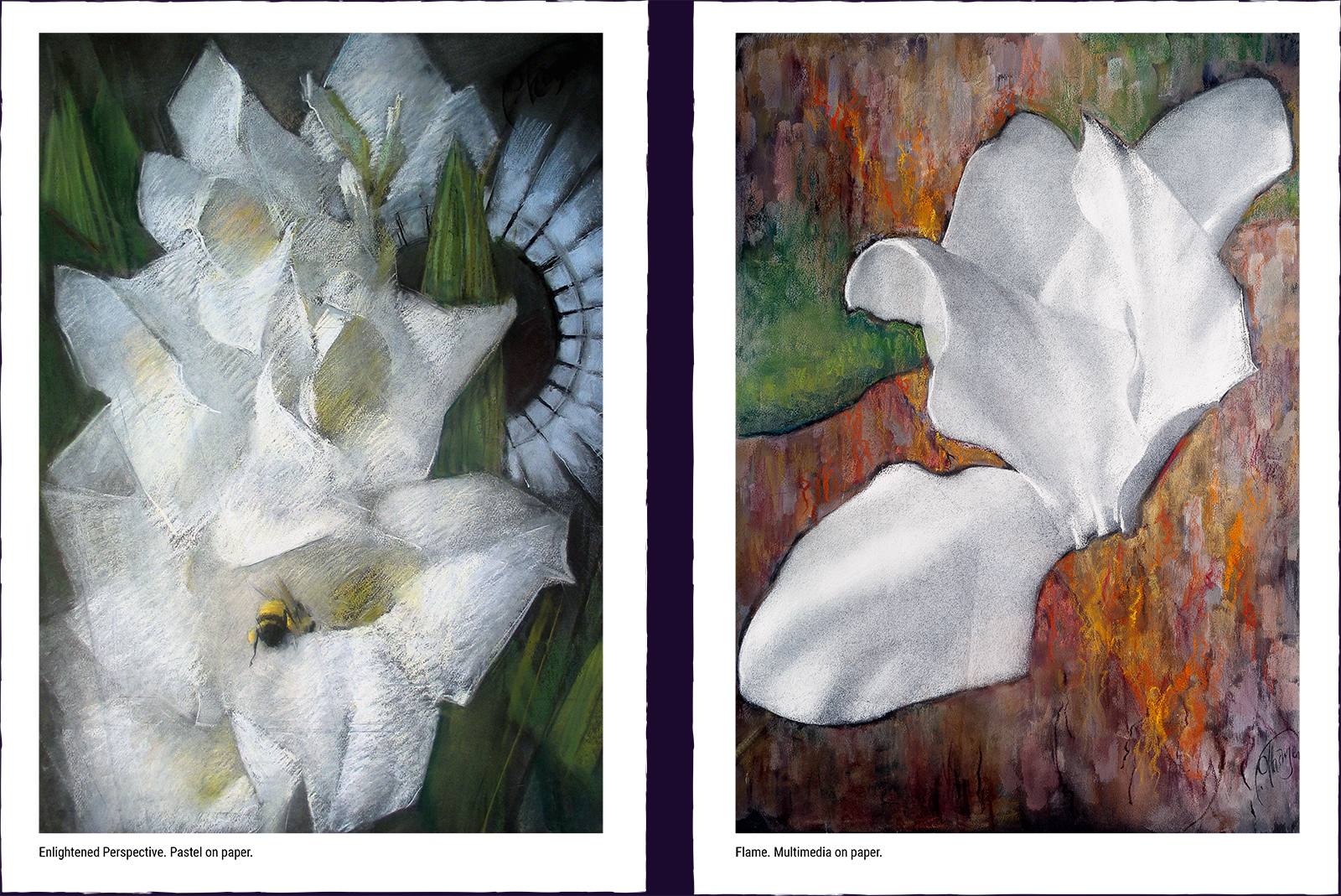 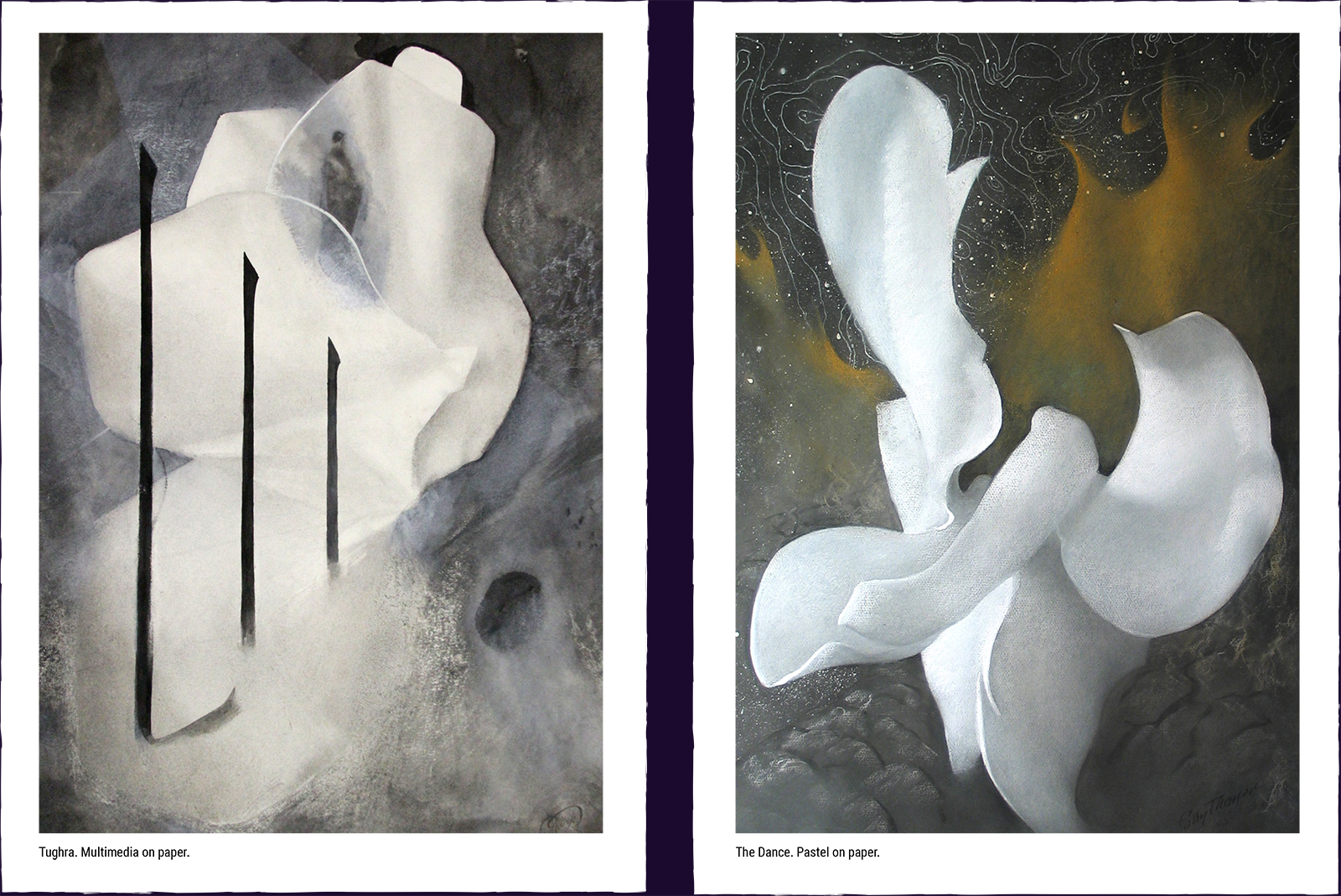 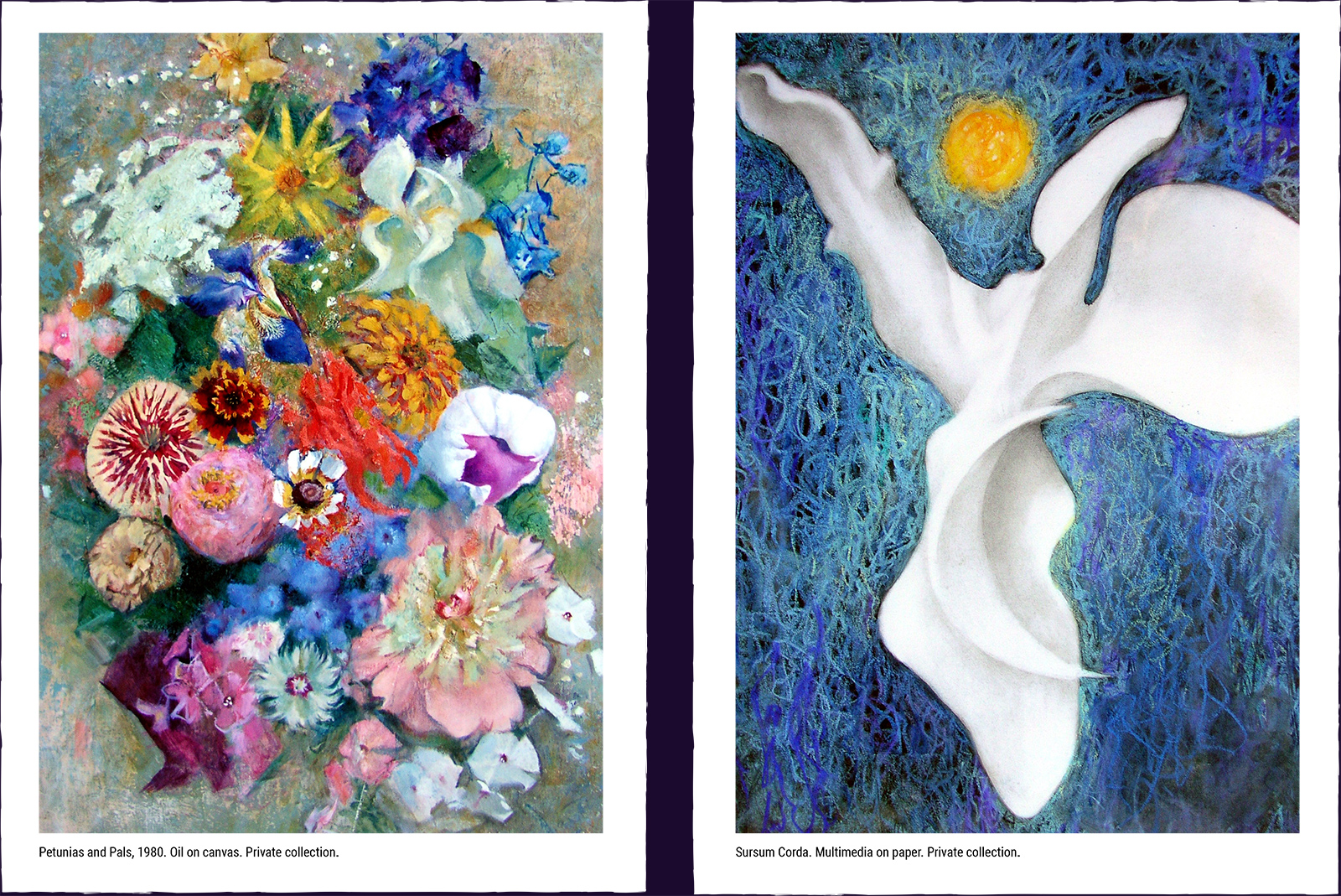 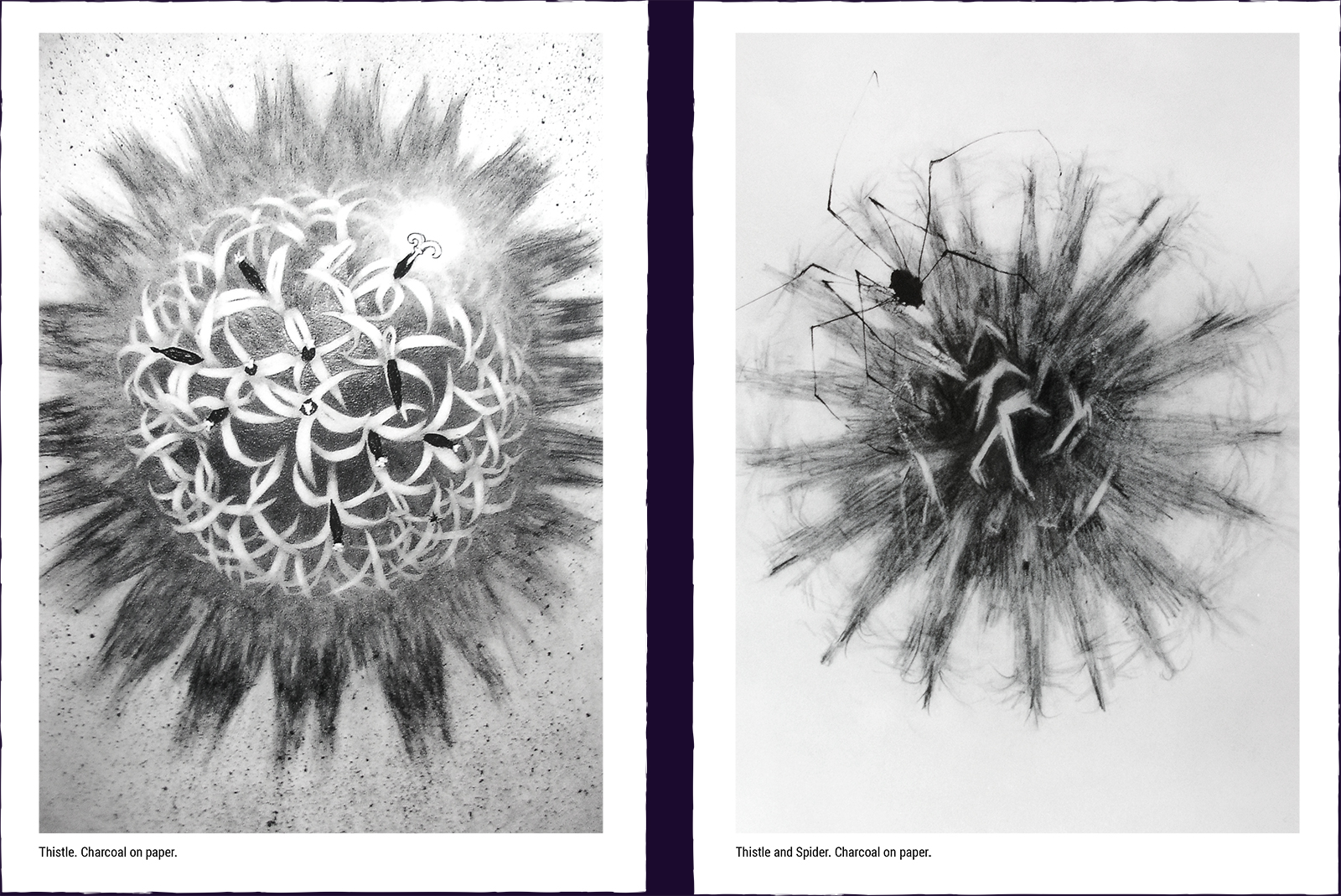 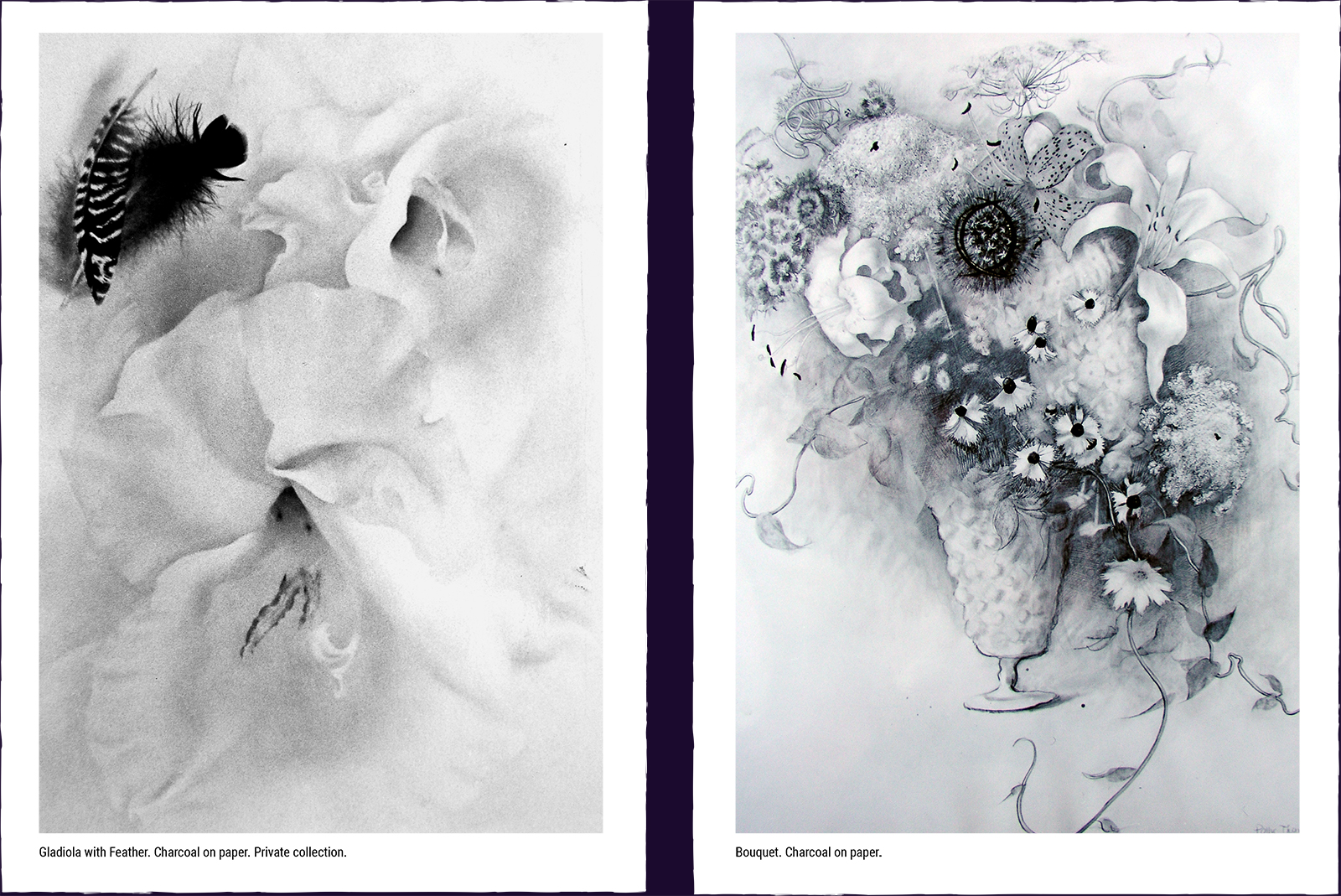 “I am trying to generalize about the globe thistle and it is my koan. I began to see it as crystal, substantial, round, and yet no shape. That must be much of why it has held me, as yet unrealized, in thrall. Alternate realities. I have only just realized how truly God has answered my prayer that I understand where painting fitted in—it is God and only to the extent that I realize Him in it can I succeed.” 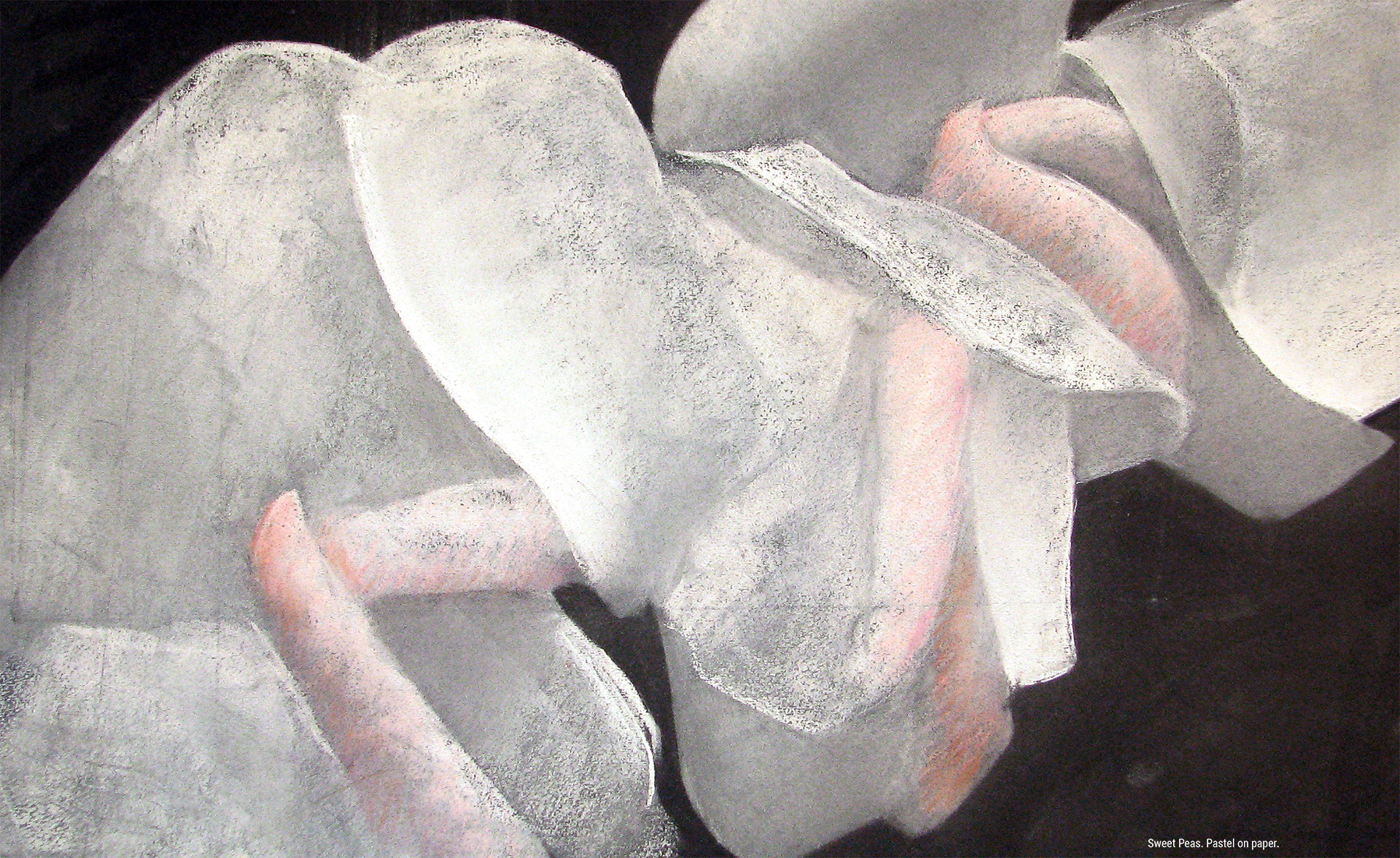 “Flowers are among the most difficult challenges a painter can pick. Flowers are as delicate as eyelids, complex as blood vessels, vital as fire, and their colors make paint look muddy by comparison. Yet artists, an ambitious and often a vain lot, keep trying to paint them.”